America’s Test Kitchen Radio recently ran an interview with Robb Walsh, author of Barbecue Crossroads: Notes & Recipes from a Southern Odyssey. You can listen to the full interview here. The BBQ portion is between 18:30 and 30:00.

The interview is quite interesting and the author discusses the history and origins of barbecue, the decline traditional smoking in favor of “fast food” barbecue (“of the twenty famous Barbecue places in Lexington  North Carolina, only four of them use any wood at all in their barbecue anymore.“), and the rise of “new school”,  artisanal barbecue. The following barbecue establishments are mentioned in the interview :

Speaking of Artisan barbecue, our friend at the Memphis Que blog recently smoked a Venison shoulder and wrote about the process here. Interesting to note that, while most people use bacon as the supplemental fat for smoking Venison and other wild game, pork lard is, in our opinion, a much better choice since it is “neutral” in flavor, where bacon and bacon fat tend to come in and “take over” the natural flavors of venison and wild game. We have been using  pork lard with Squirrel meat and getting excellent results.

As Jennifer McLagan points out in her  book Fat: An Appreciation of a Misunderstood Ingredient, With Recipes, lard’s fat is also mostly monounsaturated, which is healthier than saturated fat. And even the saturated fat in lard has a neutral effect on blood cholesterol. Not to mention that lard has a higher smoking point than other fats, allowing foods like chicken (or Venison, Squirrel & Duck) to absorb less grease when fried in it. And, of course, fat in general has its upsides. The body converts it to fuel, and it helps absorb nutrients, particularly calcium and vitamins. 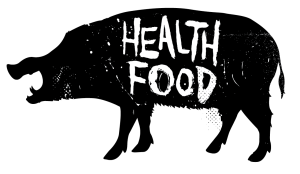