Charcuterie is a really interesting thing. Most of the time with meat, you think in terms of days. Cooked or uncooked, you have anywhere from 3 to possibly 10 days worth of meat before it becomes inedible. Through ancient and rather simple processes of preservation using salt and airflow, the shelf life of meat can be extended indefinitely. It is sort of an “afterlife” for meat, if you will.

By definition, Bresaola is a salt cured, air dried beef that has origins in Northern Italy. Generally, old world spices such as nutmeg, juniper berry and cinnamon are used and the final product will have a purplish tint. Having an abundance of wild game give us room to experiment with traditional charcuterie applications for game meats. For this experiment, we used two 1 pound sections of venison “backstrap” aka loin. 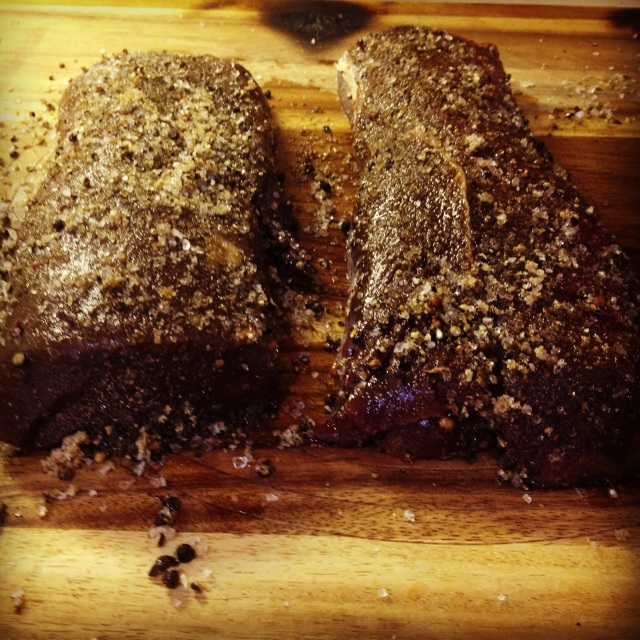 Stage one is the salting stage (see recipe below). Technically, you could do nothing more than roll the meat in a sea salt, however, a portion of cure #2 (1/8th Tsp per pound of meat) in addition to a serving of sea salt is the safest way to go. To add flavor, juniper berries, brown sugar, peppercorns, & coriander were commonly used. The backstraps were coated generously with the salt & spice mixture, then placed in an airtight bag in the refrigerator for 7 days. The bag was turned daily during this stage.

Stage 2 involves rinsing the meat and thoroughly patting it dry.

Stage 3 is is the air drying stage. The venison was wrapped in cheesecloth and hung in a curing chamber for 7 weeks until it had lost 35% of its original weight.

Upon removing the cheesecloth, there was some cotton residue stuck to the meat. This was gently removed with a rub of red wine. 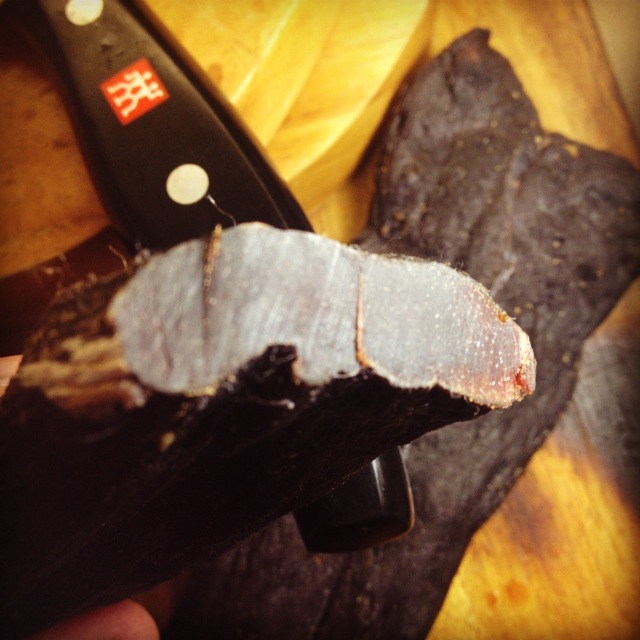 The final product is a deep, rich, dark colored meat with complex flavors in a “glassy” texture. To store, the cured meat is wrapped in butcher’s paper and placed in the refrigerator.