Do you keep the tongues from the deer that you kill? They can make for some excellent eating, particularly if you braise them for Tacos de Lengua. I thought I would try something different with this set of six tongues leftover from the 2012 deer hunting season. 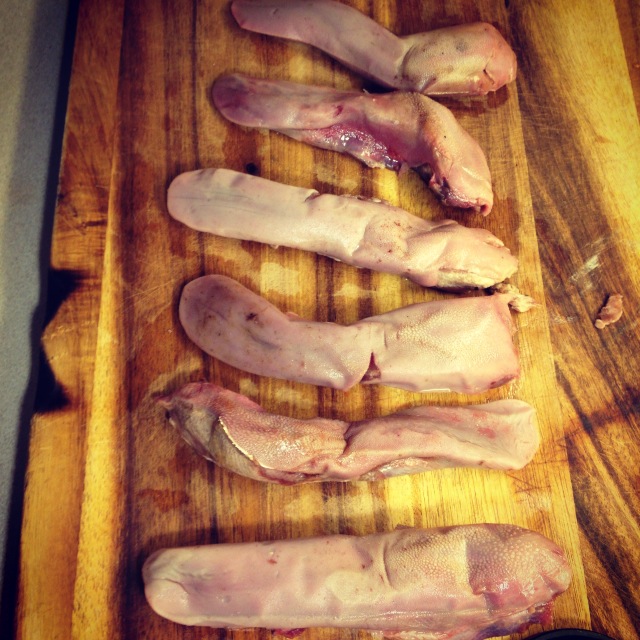 The original plan was to remove the skin membrane from these tongues. I attempted to do this while the tongues were still slightly frozen, thinking the membrane would peel right off, however, that was not the case. I ended up with a bit of a hack job, but I am fairly confident the membrane will easily peel off after the curing stage. (when braising tongues, the membrane is separated after a couple of hours of cooking). 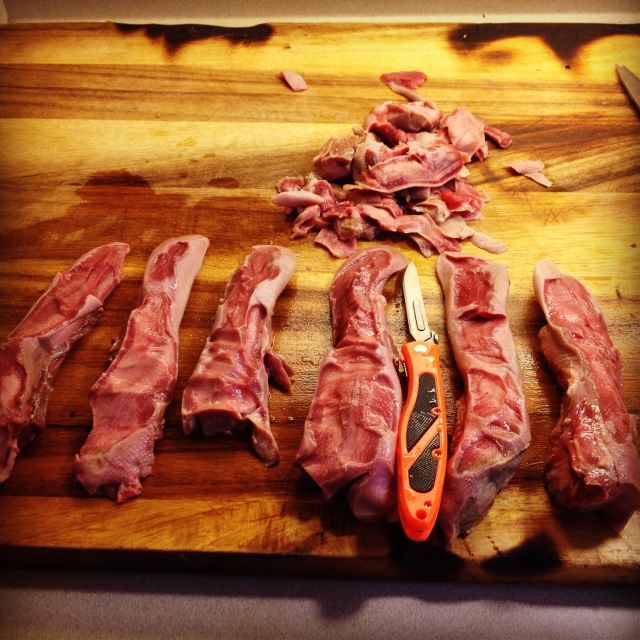 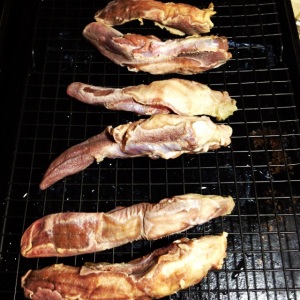 The tongues were then sprinkled with a tiny bit of curing salt, then packed (in a non reactive container) in sea salt with a bit of Nutmeg, Juniper Berry and Cinnamon. After the salting stage, the tongues were noticeably more firm and had dropped a bit of weight.

These were left for 36 hours, then thoroughly rinsed, wrapped in cheesecloth and hung in the curing chamber. Hopefully, they will be ready for Halloween. Given the size, they shouldn’t take long to fully cure. -will update with result upon completion. Charcuterie projects take time.