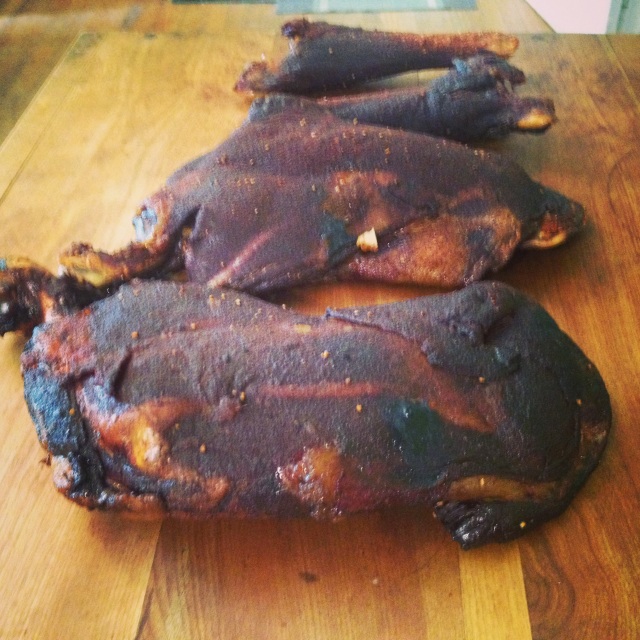 We’ve had good success with smoking venison in the past, but the fine art of smoking meat is a continual learning process. Where I ran into previous problems was that fact that the venison was seldom ready to pull by the time it reached its desired internal temperature of 160F. To get around this, I usually finished the meat by braising it in a combination of its own drippings and venison stock.

After reflecting on some of my favorite barbecue joints in the Memphis area, I realized that I tend to prefer chopped barbecue versus pulled barbecue. By chopping the meat, you are tenderizing it and this process allows you to shave a little time off the smoking/cooking process resulting in a more firm texture. Pulled meat certainly can be wonderful, but it can easily easily be over cooked, resulting in a “mushy” texture.

Similar to the recent experiment with venison pastrami, I applied a thin coat of lard to the meat before adding the rub. You can use bacon fat instead, but bacon fat tends to have a very dominate flavor. For the rub, we used the following recipe:

After applying the lard and rub, the meat was placed in the smoker at 180F degrees for several hours and then cranked up to 200F for several more until an internal temperature of 160F was reached. The meat was then allowed to rest for over an hour in foil. The subject matter of smoking temperature can be a topic of hot debate. The general idea with using these lower temps is to prolong the smoking process for as long as possible. If your smoker doesn’t operate very well in these lower ranges, you can adjust to 200-225F, but observe the internal temp of the meat carefully.

After the resting stage, I deboned and then expended a good bit of energy chopping the venison  with a heavy duty cleaver. Since you’ll invariably have some tougher pieces of meat when dealing with venison, you want to thoroughly chop, tenderize and mix the tough with the more tender pieces of meat. I’m not going to promise that you won’t encounter the occasional bite of meat that is a little too tough due to silverskin, but its venison, so this is to be expected. All and all this was the best results so far while experimenting with venison barbecue.

We used this recipe for a KC style sauce. 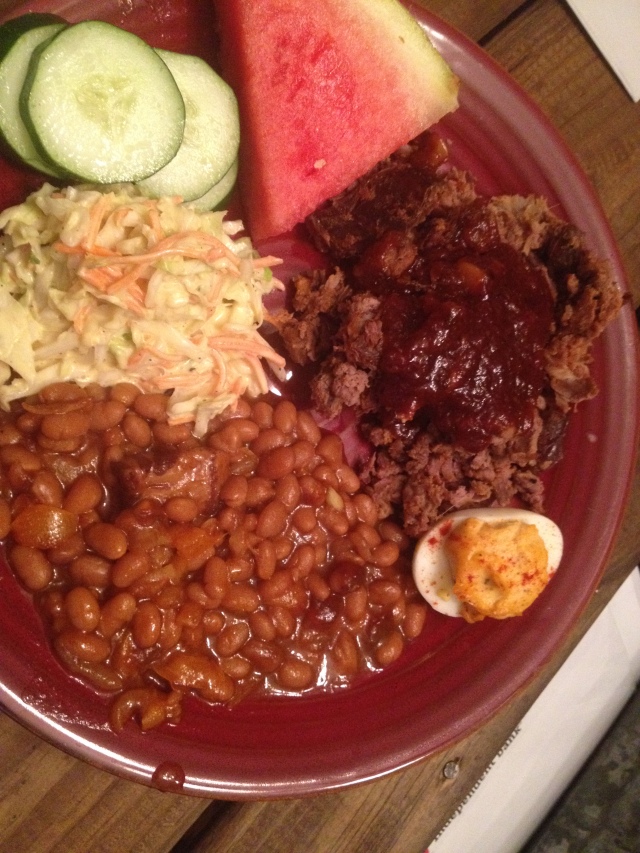